Standing on Venice Beach, I was completely mesmerized watching the incredibly skilled surfers. I thought to myself that it seems terrifying because drowning or being eaten by a shark could totally happen while surfing. I worried about being able to see while surfing, because I wear glasses; I really do not like wearing contacts due to having such tiny eyes and an astigmatism. Still, I thought maybe surfing was a thing I could try, sometime in the future, eventually, later…. 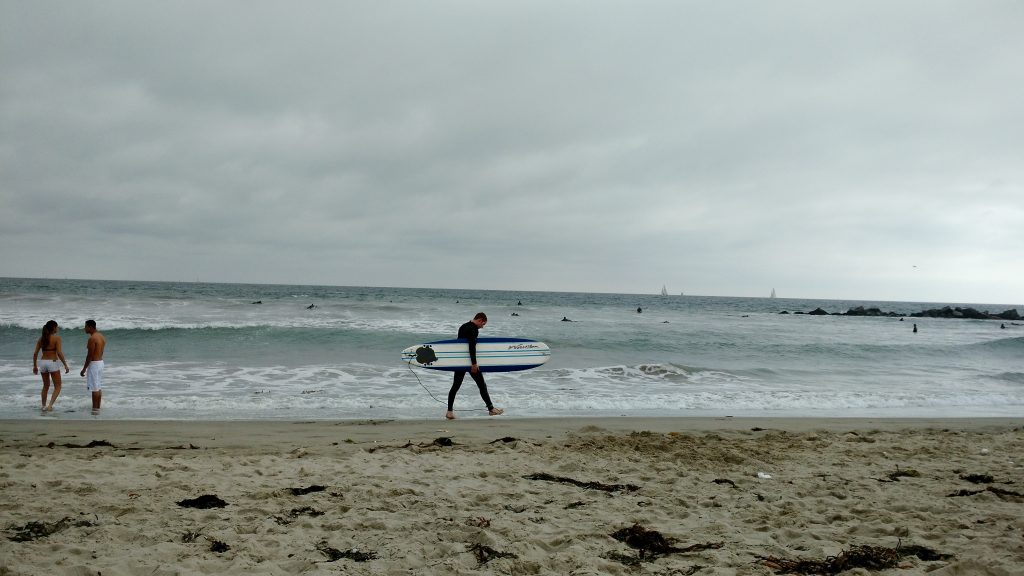 Later happened to be that Sunday. When Selena was getting a group together to go surfing, I had to ask her about it. I said yes and that was that.

With a group consisting of myself and four other ladies, the car ride over to the beach was more hilarious than I ever could have imagined. Our driver was extremely confused and amused as we talked about twat waffles, the ridiculous cues we learned for kettlebell exercises (opening our butts, painting our vagina fences, and more) and this:
“Speed hump? Why not speed bump?”
“The difference between a speed hump and a speed bump is like the difference between a tit and a nipple.”

We arrived at the surfer bro’s truck, put on our wetsuits, grabbed some boards, and headed down to the beach. I left my glasses in the truck and was instantly blind as fuck. On the way to the beach, I stubbed my toe on a curb.

Another one of the guys taking the surf lessons coincidentally had extra contacts in the same prescription and he offered me one. I tried to put the contact in my eye, on the beach, with no mirror. The other ladies crowded around me and helped block the wind. I couldn’t get the damn thing in my eye. JVB tried to put it in my eye for me; after some trying, the wind blew and we lost the contact.

So, I was going to be blind. The lesson must go on!

The surfer bros taught us all the things we needed to know about being on the board, positioning, moving, and safety. With assistance, we paddled out towards the sea and attempted to catch our first waves.

I fell off the board so many times, getting pulled under the water, freaking out, spitting and sputtering for air when I came up.

Once back on the shore, I had a hard time getting myself and the surfboard back out to the sea. The waves were fighting me and pushing me back to the shore. I took the safety wrap off my ankle because I was getting dragged around and it did not feel good.

While standing safely in the sand, it was so tempting to give up. To NOT go back out there. To say “Okay, I’ve had enough, I’m done!”

But something inside me said, “Nope, I’m doing this shit!” I went back out several more times.

I caught a couple small waves while kneeling on the board before falling off.

The surfer bro brought us back to the shore and gave us a review lesson. For those of us who had not stood on the board yet, he took us out one by one to get us going.

Finally, I kneeled and then stood up on the board for the first time and caught a wave back to the shore. It felt so incredible and freeing!

When I got to the shore, I immediately fell off my board into the sand, and was covered in a huge wave behind me. There I was again, sputtering to breathe.

I went out one more time, going even further into the ocean with my surfer bro’s direction. I did not stand up again, but I caught a wave while kneeling before falling off.

Sand and salt water were all up in our ears, noses, mouths, and eyes. But it was completely exhilarating; the feeling of practically floating on a wave as it carried you toward the shore. All in all, we had a blast and I definitely want to do it again.

Do I have aspirations to be a pro surfer? No, not at all. But surfing is an extremely challenging and fun sport that requires courage, strength, and balance. I’m a fan. After this experience, my respect for surfers has drastically increased.

Your comfort zone only exists if you define one for yourself. By breaking out of the mindset that you even have a comfort zone, you can allow yourself to try new things at every chance you can. Just do the thing. Chances are, you’ll likely enjoy at least one new thing that you would have never tried beforehand with the attitude of, “I can’t do that thing,” or, “I don’t do that thing.”

Do you feel a strong resistance toward doing something? Listen to your gut feeling. If you have a small amount of desire to do that thing, you should at least try it once.

As Melissa Dinwiddle says, “The more important something is to you, the more resistance you are likely to feel. Resistance comes from great love and great desire.”

Self-Care for Office Workers: 7 Tips to Thrive at Your Desk Job 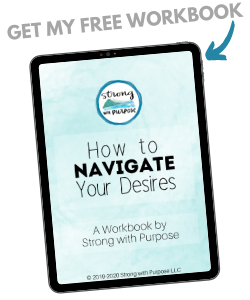